Good at offensive attacks after the front line is built up. Defeat important opponents can quickly win you the battle.

Needs to defeat opponents to start the deck working, can be countered by characters with high Armor.
Low chance of getting back from a low spot.

If you can get [Rocket Raccoon] or [Mantis] in the first two turns, you can aim for the GotG strategy, and begin to boost [Rocket Raccoon].
You can also consider go into GotG if you see [Drax] or [Adam Warlock] within two turns after your Shop reaches Lv.4. Play [Cosmo], [Abomination Charge], [Falcon] and [Drax Assault] to boost up the power of [Rocket Raccoon] and [Drax] to defeat opponents quickly in combats.

[Star-Lord] can be purchased from the Lv. 5 Shop.
Find [Star-Lord] as soon as possible and bring him to Star Level 2. He can greatly enhance the advantage GotG has in battle!
You can also purchase [Red Hulk] to boost [Rocket Raccoon] and [Drax] even more.

Drax: Give him [Yondu's Arrow], use his strong attacks to trigger the Defeat skill multiple times.
Main card no.1. Drax should be 2 or more stars and have high Power.
If you don't have [Yondu's Arrow], other equipment like [Hawkeye's Bow] works too.

Gamora: Give her [Godslayer] to quickly strike down opponent's weak points.
Main card no.2. A strong counter for opponent's powerful Support characters.

Yondu: Give him [Yondu's Arrow] to sweep opponent's board.
Whenever your Character defeats an opposing character, he can deal a lot of sweeping damage.

Adam Warlock: Give him [A.I.M. Energy Missile].
He is the core power booster for your front line. Get him as early as possible.

Star-Lord: Give him [Ghost's Suit].
He works as the supporter of the team, triggering [Drax] and [Gamora]'s Defeat skill repetitively.
If you can't get [Ghost's Suit], you can give him other Support Equipment.

Red Hulk
He provides a Power buff aura, boosting the Power of [Drax], [Gamora] and [Yondu]. 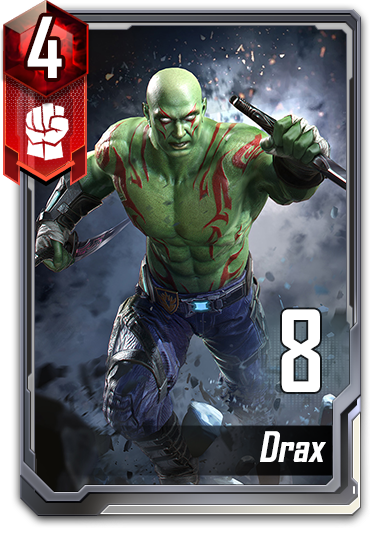 The main combat force in midgame. Upgrade him to Star Level 2 to get more value.
During the Preparation Phase, you can use [Cosmo], [Falcon] or [Yondu's Arrow] to boost Drax's Power; during Battle Phase, the same for [Red Hulk] and [General Ross] 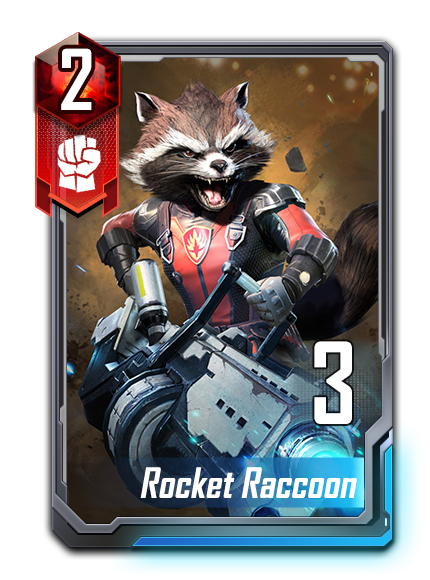 A less powerful [Drax] alternative.
A Star Level 2 Rocket Raccoon has great combat capability in early game. If you raise him well, he should be prepared for the late game. 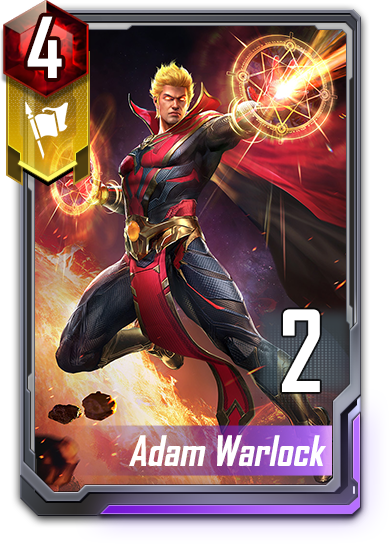 A high-efficiency Power booster of the GotG deck, but the condition to trigger his skill is rather strict.
Play him with [The Milano] Pow Card, and use that one turn's victory to boost the whole team. 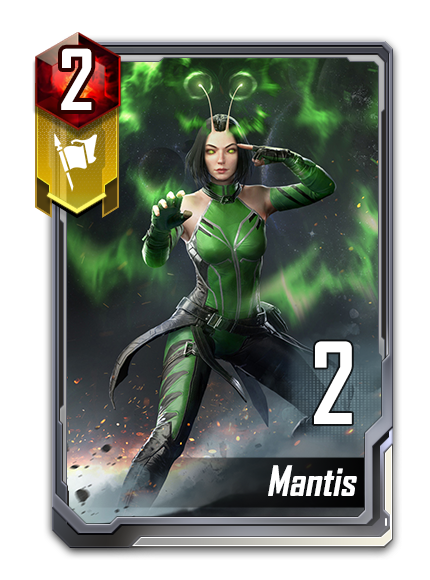 An early game alternative for Star-Lord.
While the GotG Characters are not that strong in early game, she can help you defeat stronger opponents. 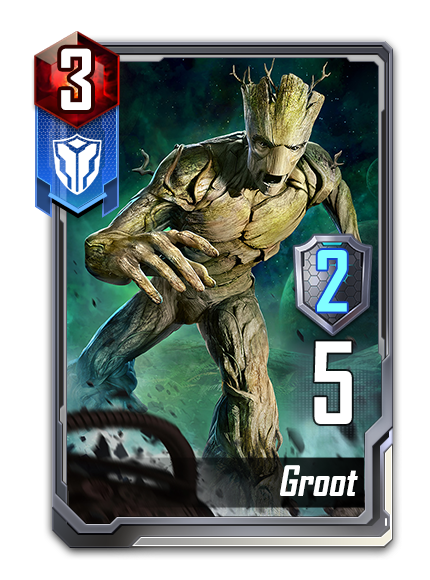 Get him quick enough and keep raising him, he can be a trusty shield for other GotG characters.