Gather Quests and complete them in a rush to increase [Elektra]’s Power.

Play [The Punisher], [Moon Knight] and [Unyielding Will] in late game to enhance the whole front line.

Have a weak midgame comparing to the other decks, until Lv.6.

Dependent on both skill and luck.

If you got [Elektra] plus [Banana Peel] or [Luke Cage] in two turns after your Shop is Lv.3, you may consider go in Marvel Knights. After that point it would be hard to raise Elektra's Power.

Play as many Quests as possible! Play more quests can not only raise [Elektra]'s Power, but also make late game cards such as [The Punisher] or [Moon Knight] much better.

[The Punisher] can be purchased from Lv.5 shop.

[Moon Knight] or [Unyielding Will] can be purchased from Lv.6 shop.

Elektra: Give her [Silver Sword]

[Hawkeye's Bow] can't do much for her. Under most circumstances, Elektra has enough Power even without equipment.

Moon Knight: Give him [Hawkeye's Bow]
Best raise his Star Level to 2. His Power will be extraordinary if buffed twice.

The Punisher
Best raise his Star Level to 2.

Shang-Chi: Give him [Shield Sphere]
Give Shang-Chi "Guard" to make better use of his "Retaliate" ability.

Luke Cage
Not the most important character. If his Star Level or Power is low, you can keep [Jessica Jones] instead of him. 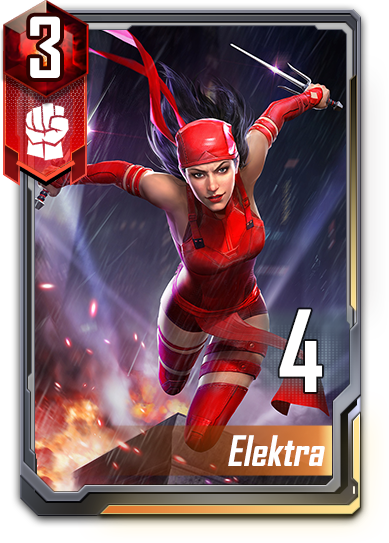 Gets a Power increase whenever you complete a quest. Coupled with her "Critical Hit" effect, she does more damage than you can possibly imagine. 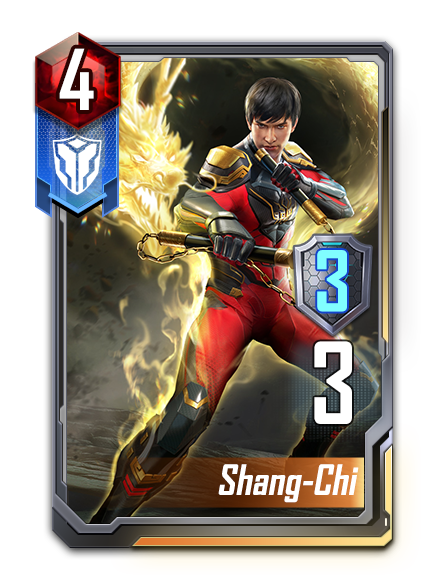 The defensive version of Elektra, but you need to manually give him "Guard". 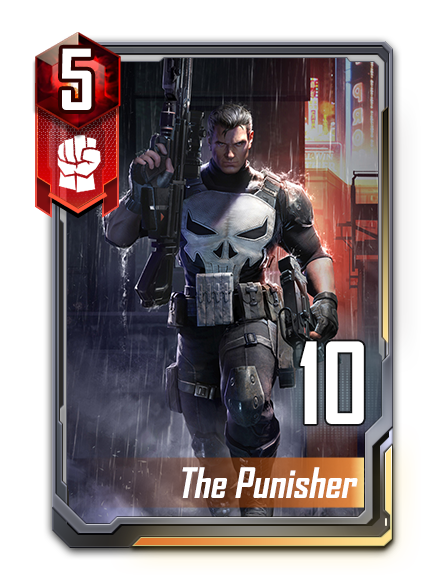 Deals a lot of damage at the start of combat. The more Quests you've completed this battle, the more damage he deals.
This effect prioritizes the opponent with the lowest Power, sometimes working as a silver bullet direct to your opponent's key card. When played, increase its Power by 5x the number of Quests you've completed. The multiplier becomes ×10 once it's upgraded to 2-star Super Card, and can be replayed. If multiplied twice, his Power can surpass 100. 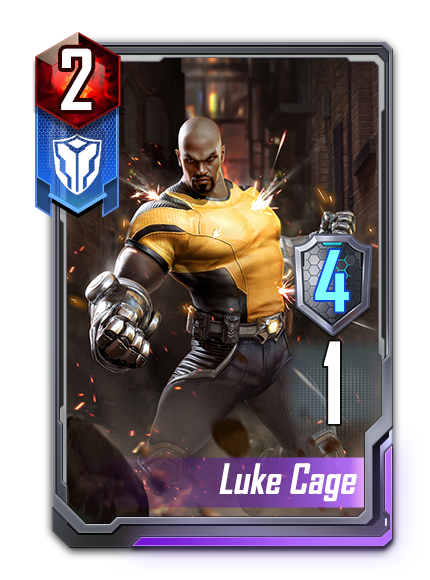 When played, gain his own exclusive Quests <Bulletproof>.
Use Netural Cards like [Shuri], [Korg], [Heavy Shackles] to give Luke Armor to complete the Quest. 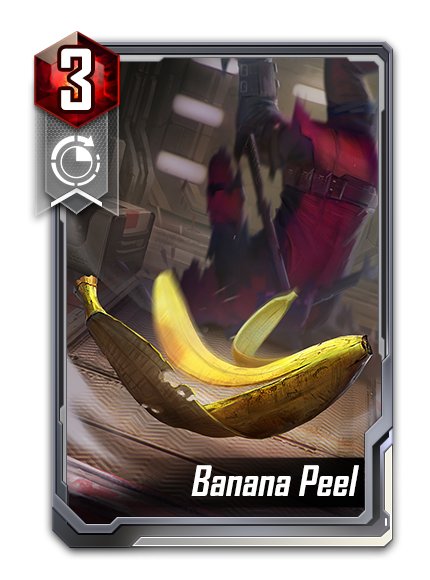 A Lv.4 Quest Card. Once completed, boost the Power of all "Marvel Knights" characters.
Purchase 4 "Attack" Character Cards to complete this Quest.

A Lv.6 Quest Card. Once completed, gives all "Marvel Knights" characters "Iron Will".
This quest can be tricky to use, even some luck is required. You can keep an [A.I.M. Soldier] on the board to tweak your Health.